Posted on August 7, 2015 by Superior Celebrations — No Comments ↓

The folks at Sarasota Ski-A-Rees first discovered Superior Celebrations shortly after the launch of our line-up of handheld confetti cannons back in December. Since then, they’ve become loyal customers, regularly stocking a supply of Red, White, and Blue Confetti Cannons for their water-ski shows on the Sarasota Bay.

Yvonne Roat recently called about her order for an upcoming show, and excitedly shared how they use them. Because the confetti is a biodegradable tissue paper, it’s the perfect addition to a show out on the water. At our request, she followed up by email so we could share her story here on our blog.

Sarasota Ski-A-Rees has been performing water-ski shows for more than 50 years. This year we found the tissue-paper confetti cannons from Superior Celebrations to use in our ski boats. Because they are so easy to operate, the boat crews shoot the cannons off to open each show. The audience loves them and we love they don’t hurt the environment. These cannons would be a nice addition for anyone wanting to do something in a boat or near the beach for safety concerns, ease of use, and environmentally friendly. Great product! 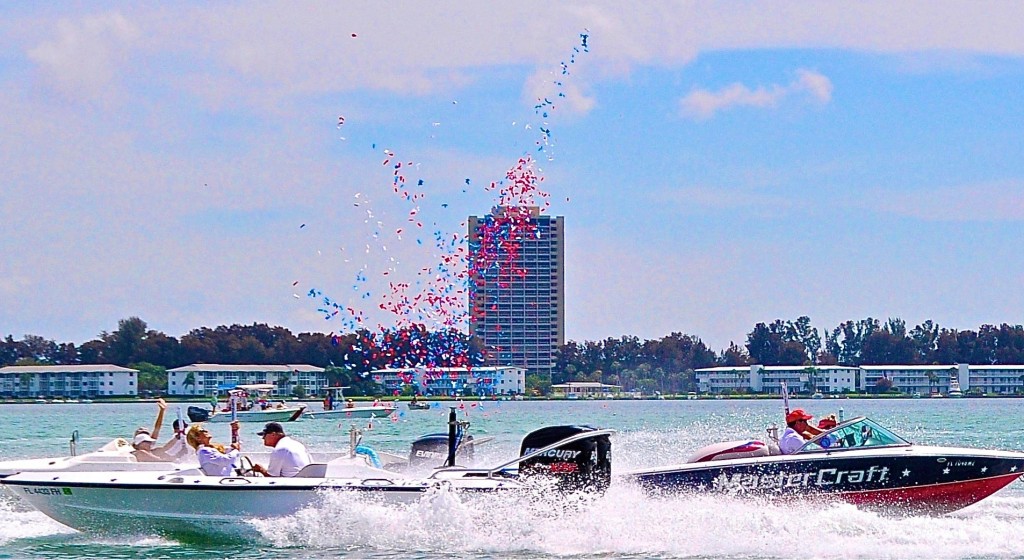 During the show, three boats all converge at high speed with one boat threading a narrow gap between the other two, as the crew on the boats launch the red, white, and blue confetti in an impressive display. As you might expect, it’s a crowd favorite!

Do you have a cool story about using our products? Leave a comment and tell us all about it!